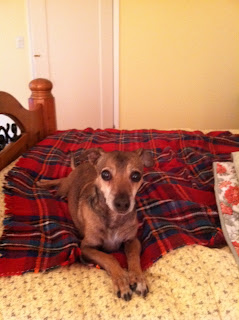 The Happiest Dog In The World

Vinnie, a dog who put a smile on everyone’s face, set sail last Sunday for an eternity with the angels. Although Vinnie’s departure leaves all of us left behind with a huge void, this little piece is about celebrating his life.

Vinnie like so many dogs had a very rough start in life, but he had the most cheerful, friendly disposition. As soon as he would wake up he would kiss all the other dogs in the house, as well as the people too. On walks he would greet people with a wagging tail and a smile. People who came to the house would like all the dogs, but it was “little Vincent” they would comment on as being so very special.

Vinnie’s love was naturally magical, however he must have been saying “thank you” everyday for being rescued from a terrible shelter after being run over by a car.  His gratitude and joy for living is why we have donated money to Animals Without Limits in Vinnie’s name. He would want this; he had such a generous soul.

Vinnie battled illness for the last six months, never complaining, even giving us a super last weekend of barking, begging, snuggling and playing before he journeyed on. The touching notes of sympathy and even a Gardenia to plant in his memory, showed us what that little dog meant to so many.

Oliver Reed, the famous British actor known for enjoying life, amidst a group of negative and self obsessed people once asked in exasperation “is there any happiness in the world?” The answer is yes, Vinnie.

"I am standing upon the seashore. A ship at my side spreads her white sails to the morning breeze and starts for the blue ocean. She is an object of beauty and strength, and I stand and watch until at last she hangs like a speck of white cloud just where the sea and sky come down to mingle with each other. Then someone at my side says, 'There she goes!'

Gone where? Gone from my sight ... that is all. She is just as large in mast and hull and spar as she was when she left my side and just as able to bear her load of living freight to the place of destination. Her diminished size is in me, not in her. And just at the moment when someone at my side says, 'There she goes!' there are other eyes watching her coming and their voices ready to take up the glad shouts 'Here she comes!'" 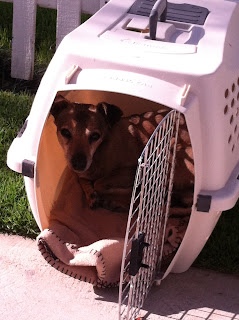 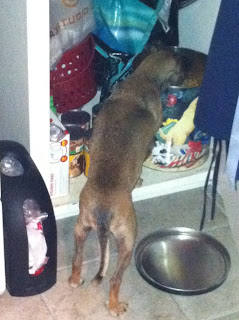 Posted by Mother in Action at 9:05 AM