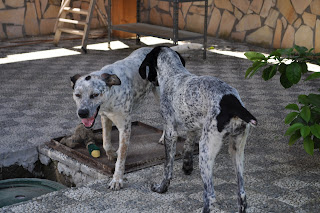 So we can all rest assured! Shaggy Raggy is in heaven, well perhaps Heaven on Earth!
I wanted to wait a little to write his story since he has a long background, and I wanted to be 101% sure that his new family loved him and wanted to keep him.

Rest assured; they adore him! Even their super spoiled mini-collie, Lexi, who despised Shaggy the whole first week. She didn’t let him come close, she thought he was a nothing, a mix with big floppy ears. Now, Lexi cannot let go of Shaggy, she is on top of him all day long, and takes him on long adventures. What a schemer, he stayed cool and used his Italian charm, and wraped little Lexi’s paw around his heart. 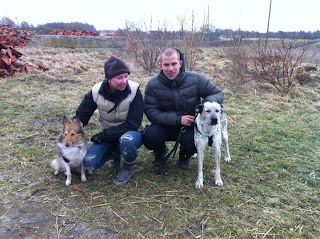 Shaggy was a happy stray in Lago Patria, he loved the garbage piles, he loved the people, the children. He walked them to the bus stop every morning, then, off he went making people smile. But the traffic made everybody nervous. Americans and Italians were very concerned for his safety. A lady called and said she wanted to adopt Shaggy. They had a huge house but didn’t let Shaggy inside their big house. Shaggy thought the garden was boring and started to be unhappy. The family didn’t want him after all and sent him back out on the street. Another family called, and said they wanted to foster him. We were happy for this news. Blood-tests and papers delayed his passport, and the foster-family ended up dumping Shaggy again.

Well now we were very angry!

A girl wanted to adopt him. We were thrilled. Shaggy was put in a hotel kennel that Mia paid private money for. Shaggy was not happy, he was the free Adonis who loved his town and his freedom. Martina and Pio went out and tried to walk him as often as possible. No one else wanted to help even if he had a home waiting for him. The departure for Shaggy had to be well planed ahead and suddenly, we didn’t hear anymore from the girl who allegedly wanted him.  She didn’t answer the e-mails nor on FB. I heard later that her parents didn’t approve of a former stray, they gave her a puppy instead!  Thanks for the common decency to let us know! 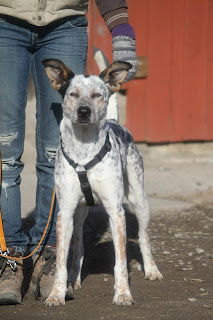 We all can change and we all can write a note and tell the news. Here we were holding him for her, and it cost Mia a lot of money, not to mention Shaggy's mentality to sit in a cage and wait. This girl is 35 years-old and it shows also that her mother didn’t teach her daughter any manners.

To say the least, we were sad, angry and disappointed!

Finally, a lady from Sweden wrote to us asking about Shaggy. She has a farm with her boyfriend, and 20 horses (her own, and she is training young unbroken horses.) Big fields around and it seemed like a dream come true.

Jeanette and her partner adore Shaggy and we get messages with pictures very often. He runs around on the farm free, he goes with Jeanette to horse competitions and sits on the bleachers….watching the riders with fascination. 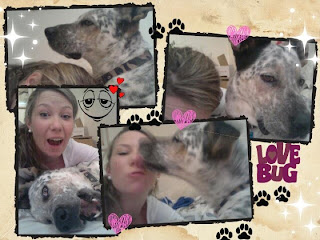 This Italian has found his Swedish paradise with his blond admirer, four legged Lexi.

Posted by Mother in Action at 1:15 PM

Love that he has the home that was meant to be for him. Sometimes the road to where we belong is long and difficult! LOVE the pictures and love what you do for all Mia!

You have a wonderful big heart too Valerie. Its like Mya, a bumpy road but you are there for her. That's Amore