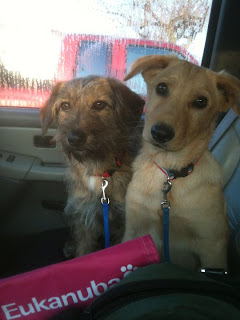 Some update information from AWL Germany.

Some research have been made about adopting dogs here in Stuttgart area, and I found an information sheet writing to Americans, that here are many animal shelters around but it is difficult for Americans to adopt.
Of course that made me even more curious.

Visiting the American vet clinic yesterday, they confirmed the information I had gotten. Here is the same problem as in Napoli. Service families PCSing and abandoning their dogs. Actually some people adopted dogs for free, and then sold them to other people.

We discussed in general terms previously that AWL would help in adopting dogs up to Stuttgart, since we were informed that Americans wanted to adopt dogs since they didn’t want to spend hundreds of euros on pure breeds.

However, given what we have found out since arriving in Stuttgart, AWL has decided to not be part of any adoptions in Germany. We are trying to help a bad situation in Napoli, not t move the problems. We know that there are sincere people who want to adopt but they can get together with a German friend to visit the many shelters (7) around here and adopt directly. (Many come from horrible shelters in Romania)

The dogs here are just as worthy of a good forever home as those in Napoli.

AWL is not going to be a part of contributing to a growing problem here in Germany, one that is much the same as in Campania area.
Posted by Mother in Action at 12:21 AM