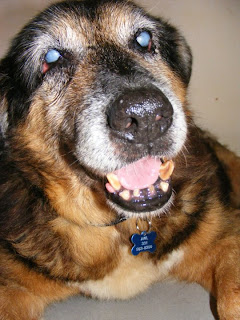 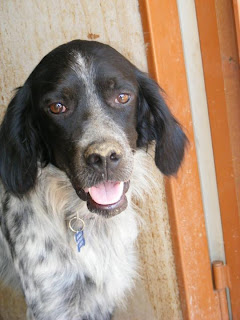 Benny got his own blue bling, bling.

Benny was found abandoned and sick before coming to Casa dell' amore. 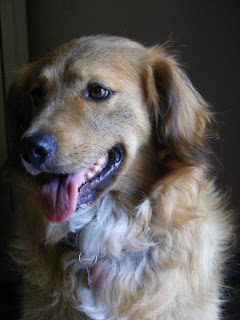 Layla, behind all her blond curls you can spot her bling. bling.

She was abandoned on Mount Vesuvius. 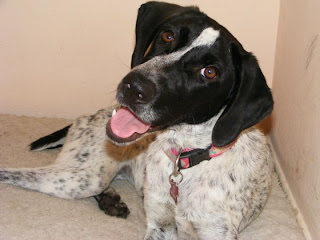 In the picture is Sassi, she got one too. She is a new-comer, and needs to put on a lot of weight. Skin and bones... She is beautiful and playful, probably 8 months old. 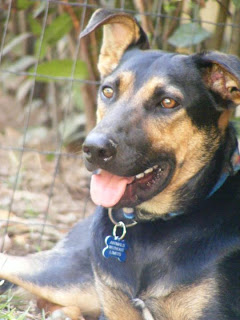 Our old timer Billy Bob, abandoned and most likely abused since he is very scared of other men. He is flying to Sweden this month. His new mom flies down to pick him up. That's mommy Amore! 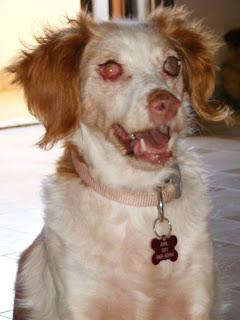 Our girl, Sunday Rose. Found in a water filled ditch, with a lot of garbage. She was skin and bones, close to death (and close to drowning). 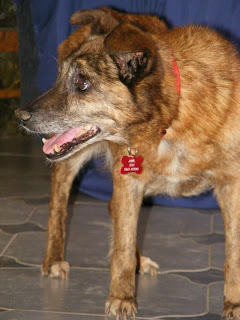 Tigro lived on the street with her blind companion Angelo, until their "street care taker" died. People threatened to kill them. Now they are safe in the hospice, AND have their bling. 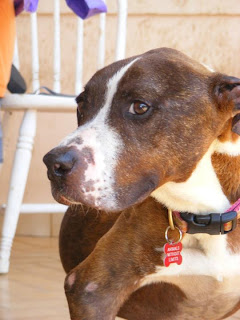 Rocket Zamira, found in a 400 dog shelter, in a cage since 2003. Brought in to the shelter by the commune dog catchers. She has ascites, an ailment that causes fluid to collect in her chest cavity. She looks like a bullfrog when she lays down. 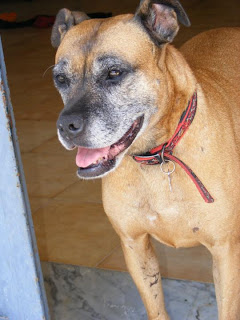 Athena, found on the street, been in and out of many shelters. From her scars and her teeth, we suspect she was a training aid (bait) for fighting dogs. 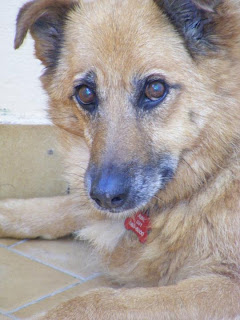 Amica, a former happy stray for many years. Picked up by the dog catchers since someone from the street called.

They did it again the wonderful Klebers from Brentwood, LA, USA


Craig and Tracey ordered 50 dog tags from a rescue group in LA (Concerned People for Animals) - so two times do the dogs benefit . That's doppio Amore.

Posted by Mother in Action at 4:31 AM