MY WEEKLY COLUMN IN MAGAZINE NARA 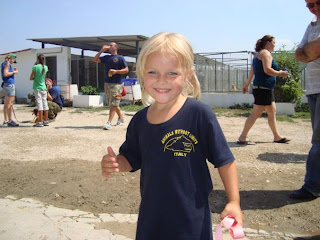 MY WEEKLY COLUMN IN THE MAGAZINE NARA,

Expectations are something that one carries with him in this life. We may have expectations of people, jobs, hobbies, animals, books, on almost everything. Expectations may also be higher on a public figure. I remember when I started working as an animal communicator the expectations for myself grew larger, it was something you could not "prove" that worked.

After a consultation with a horse the owner exclaimed when I was done, "God, I did not think you could communicate with animals with those nails!" I looked at my long manicured nails, wondering to myself what my nails had to do with my work?

A few months later I was with a family in Småland, who had four horses. I sat in the stall with the door open and notepad in my lap, the horse stood in the box and munched on her sweet hay. The horse conveyed that he was delighted in his old master whom had "saved" him. Suddenly I noticed a shadow of a person passing in the doorway, the person stoped and ran back and shouted, "But you are young!"

Every day, I heard different comments. After a consultation, I was invited to the family for coffee, the older man sat at the table. It was the grandfather, the man who owned the horse in the stable. He looked at me a little embarrassed and said: "I thought you would be old and ugly." I choked on the coffee! "Yes, you know one of those witches who can communicate with animals," he continued.

The man's eyes filled with tears when he heard what his horse had told. He wiped his tears and told me that there was a woman who could not ride, and who blamed all the errors on the horse. He had heard one day how the horse whinnied a heart-rending cry. He ran there and saw how she whipped the horse so hard that they later could not get into the stable with something in their hand, without the horse rearing up out of fear. The man bought out the horse. But had hadn’t been able to understand that the horse knew it, and was thankful.

Animals understand the different emotions, they can feel pain, fear and have a strong emotional memory. Their expectations are not high for us and it shows that they are very large creatures. Likewise with the kids, we have very high expectations for them when the community also has it. But children and animals do not expect much of we adults, only security and love. That's Amore!

Posted by Mother in Action at 1:40 AM