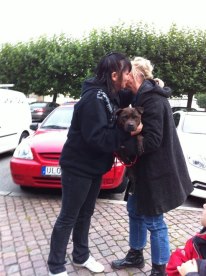 The friendship between Maria us goes back some number of years. I remember Maria contacting us, wanting to adopt a very sick Pit Bull that was close to dying in the shelter. We got Bonita out and into a wonderful foster home (thanks David and Lynn.)  Maria was amazing to show her love and patience. Can you believe she had to wait one year before she could get Bonita in her arms? Bonita had been terribly sick in the shelter, isolated in a cage since they said she didn’t get along with other dogs. Back then, you needed to make a blood test after 3 months to see if the antibodies had developed from the rabies shot. She failed twice. But Maria is amazing, over and over she said ‘I will wait for her.” I flew Bonita in to Malmo, Sweden and Maria drove down, and with her she had another sweetheart that she had adopted from Ireland. Maria cried happy tears when she could finally hold Bonita,  and we hugged. Bonita was old and she died  after xx months, but she had gotten to live the dream life with Maria and Quincy. Sleeping in bed, eating all kinds of goodies and she was the sweetest with the other dog. Never growled. 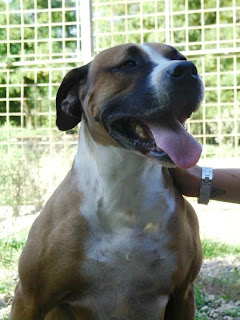 After two years Maria was ready for adopting again, and gave me the mission to find one for her. I knew what she liked and found Cassandra from an Italian shelter. Cassandra was so much love and life and had been behind bars for nearly 3 years. Maria said yes and named her Kera!
I drove down and picked Kera and several other dogs up, drove up to Southern Germany. The next morning, Maria came with two other friends, they had been driving non-stop for 20 hours. Maria and her friends were so wonderful to bring with them 2 other dogs to Southern Sweden where their new owners would pick them up.
Maria has the biggest heart and the best attitude among all the people I have ever met. There is never a problem that cannot be solved and she always shows bravery in her thinking and actions.
With her she brought a big bag of salt liquorish for me, and even Swedish candy for my children. She had a bundle of Swedish Magazines, too.
Maria had dog food, treats, collars and leashes with her for me to bring down the next time I would drive to Italy. 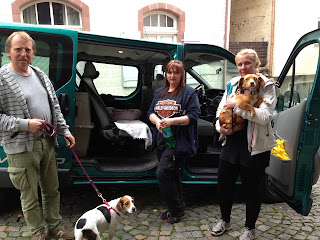 Every week I get wonderful pictures of Kera and her new life. Maria, you are a wonderful spirit so full of life and joy. 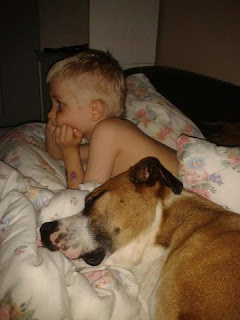 And she is such a responsible dog owner. Kera had the worst teeth, and many were lost. She has already spent so many hundreds of Euro to have her teeth fixed and made right. 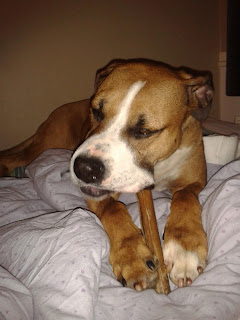 Thank you so much for everything you do. 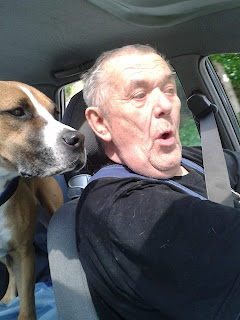 Posted by Mother in Action at 3:36 AM