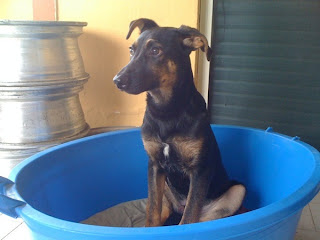 My story started a long time ago. Maybe not for you humans but for we dogs it is a very long time ago.
I hadn't been so lucky in my start in life. Abandoned, skin and bones and scared by Italian men, not to talk about colored men. But I saw one American man walking his dog on base and they looked nice, his dog was happy with him so I thought "hey, I want one of those too!" I followed them home, he took me in and in a laundry basket out on the balcony was my new bed. 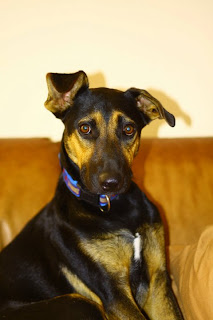 Strange enough, two days later another man came and picked me up and I ended up in a home called a hospice with a lot of old, smelly dogs. Not exactly what I had in mind. A blonde lady with big white teeth was talking to me in a language I didn't understand, but she seemed ok. (She wasn't as smelly).

At this place they had charity party, they had volunteers that came and cleaned after me and the others. They also yelled at me when I had chewed up some things, which wasn't so nice. But I have to say, I loved it there after some time.

I got to play and always got food. Some younger dogs that came in left pretty fast, they got new families. But no one wanted me.

I could hear them talk "He is so sweet in reality, if people could only see that. Poor guy he is not photogenic, his pictures don't sell him." I wondered how I could overcome this? Maybe charm school?

Many months later, there were the volunteers jumping and hugging me. According to them I got a family and they knew this family too. My only concern was, I had to fly, you see my new home was in Sweden. I didn't know how I would do that... I'm a dog, not a bird!

My new mom flew down to pick me up, and I was told she already had one pretty dog from Napoli so I felt secure. What I liked about "mom" was that she didn't force herself on me, I could check her out and read her. I also found out, I didn't have to fly myself, I could ride in a thing called a "plane," it's like a big car that goes fast through the sky. 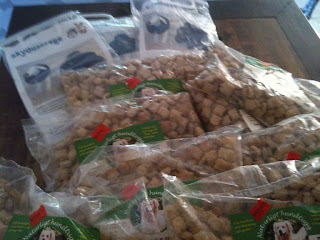 And who couldn't love her, she brought presents, ProCollar, 3 different sizes and more than 10 bags of dog treats without additive, pure liver. The dog-treat company is searching for an agent to represent them here in Italy. May I tell you that all the dogs loved them? Tastes like liver and pigears, that's amore yummi. I don't understand human business, but if dogs had money, they would spend it all on this stuff! 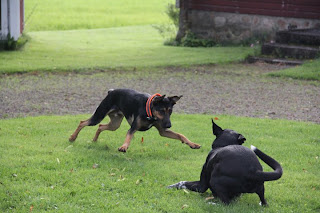 I was a great boy. The ride up to Rome's airport in the big silver car was easy, and I didn't make a sound or a mess. At the airport, with lots of people and carts and noices, I walked quietly beside my new lady, and laid down on the cool tile floor every chance I got. When the time came, I walked right in to my crate and the door closed. You see AWL doesn't believe in training crates to fly, they tell us what we are going to do: "Get up in that airplane and meet your new family". So, we trust in those we know will be there for us. That is the same doggy code we work with, that humans call "Unconditional Love".

I'm having a blast up here in Sweden, with my new best friend "Freckles". She was the one I mentioned who also came from Napoli. She has shown me around the farm and the woods, and we are having an absolute blast every day playing until we fall asleep exhausted. The people are pretty nice, too, especially the boy-human. I'm going to love it here, I just know. 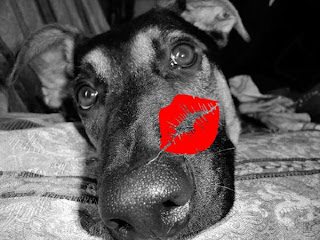 I want to give everyone a big kiss for supporting me all these months. Mia, Todd, Marty, Chiara, Patty, Pio, Bruce and to my new home...That's Paradizo. Grazie Tutti, from me Billy Bob

Posted by Mother in Action at 1:25 PM

Oh Mia, this went right to my heart! What a sweet way to tell his story! Right now he and Freckles is laying in their beds sleeping hard after another day playing, sniffing, exploring and just strolling around on the farm. He is too tired when he comes in to even think about chewing anything :-). He is very happy and Freckles is also very happy to have him here. This is true amore.
Thank you all and everyone that makes lives better for the dogs. And us. :-)
Lena, Billy Bobs and Freckles mom