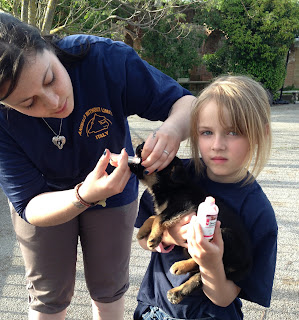 After a great day in the shelter near Caserta, Martina, Olivia and I drove
home. As with every other day, we stopped by to feed The Mother of all the puppies by the church in Castle Volturno.
We were very tired after a long day of working in the shelter, but decided we had to stop and feed them. And what a lucky decision! 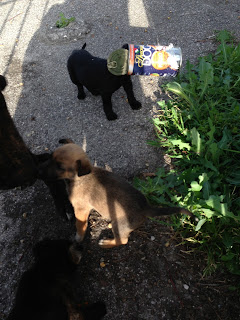 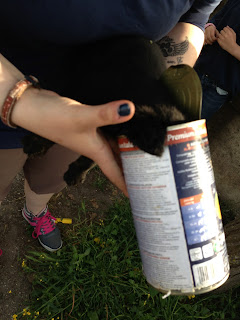 One of the puppies' head was stuck in an empty foodcan, totally exhausted and dizzy. We got his head out and could make sure he wasn't cut or wounded.
We de-wormed them all; mother Bobby, puppies, and sister Chicca, and gave them plenty of food. The place was full of trash,and we tried to clean up a little. 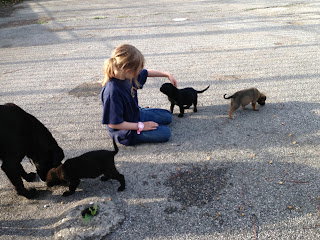 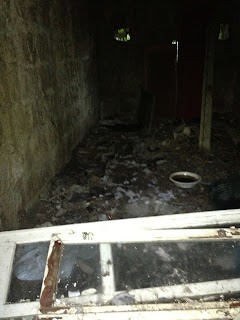 We found two puppies that had beenkilled, probably by other strays. But it made us concerned, we didn't want any other puppies to be killed. We had to move them quickly!
Also pushing us was that mother Bobby was old and tired, and needed to have a break. Another big factor, was that other area puppies had gotten out, were killed by the cars on the busy street next to them.

The next morning we picked the puppies up, seven cuties. 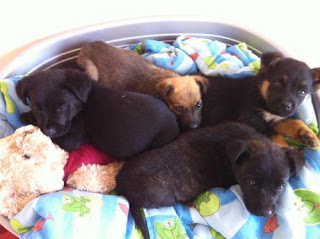 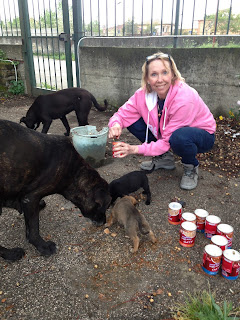 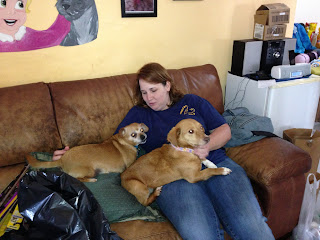 We started to wonder if the puppies were from two litters.  We drove to the hospice and Lori Garcia was there and helped us to make one room into a "nursery room" for the seven bundles of joy.


Dr. Vittorio came over on an Italian holiday, and helped us with examination and vaccination of all the puppies, and even some of our other associates:Valerie's rescue dog, and Chiarra's boyfriend's rescue dog. It sure was one hot, buzzy, busy day. 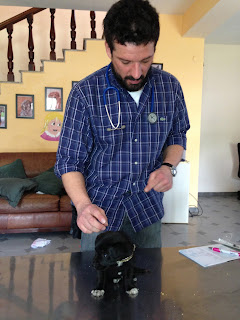 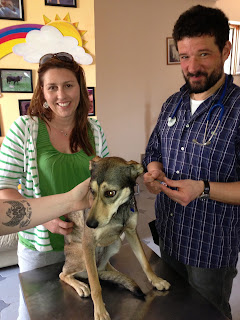 The next day we had a wonderful lady named Julia Johnson helping us to foster five of the puppies while two stayed for observation at the hospice: Tiny and Marlene.

Tiny was the smallest and skinniest, he was very low and mellow, so he had to get extra puppy milk. Marlene was shy and we wanted him to grow and glow, and so they both did.

All puppies are now adopted and doing wonderfully. 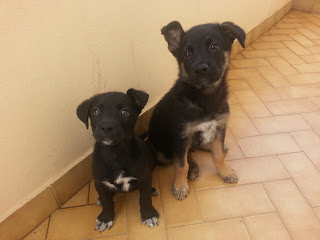 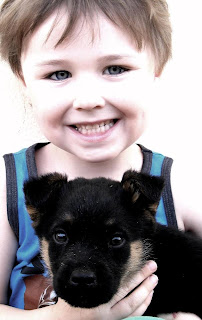 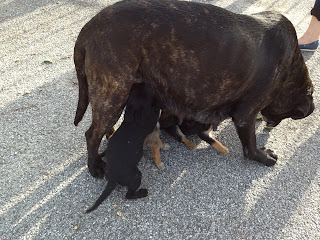