He adopted me in North Carolina in October 2005. Before that, he had lived in the forest for one year, the vets guessed from his condition. They thought he was about three years old. One day, I saw workers outside who were tearing down the woods and building roads; they were throwing rocks after him (I didn’t know him at that time), and I yelled to stop them. Olivia was 2 months old with a bad case of colic, Todd was in Iraq and my mother was visiting from Sweden. We "only" had 3 dogs back then--- Ranger, my Tjojs and Shiloh. Clyde must have thought that “hey that yelling lady might be a good human to stay with!” He came up and stayed on my front porch for several days. My mother told me I could not take him in as I had too much to handle already. 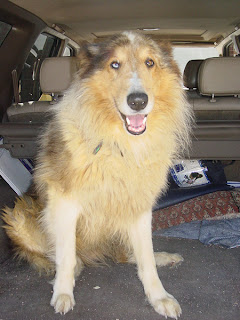 I sent email pictures to Todd in Iraq, asking his opinion. He said “get him to the vet, and bring him in.” The die was cast.

Well, I sent my mother back to Sweden and brought Clyde into the family. I have never, ever regretted that decision. 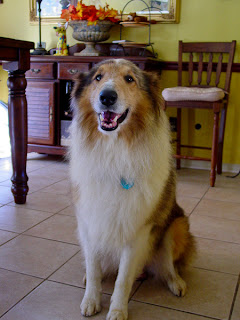 He was always so patient, gentlemanly, kind and gentle. Except with cats, we learned to our chagrin at LegaProAnimale. His breath was horrible from his rotten teeth (from eating God-knows-what while in the woods), but his heart was so pure. And he was such a magnificent sight, when he would run (“prance” really) with his head held high, and his tail up. We never learned the story of how he came to be alone in the woods. We have always suspected he was cast off by a military family. Maybe it was time to move, and they didn't think they could take him with them. Maybe they had other excuses. All we do know is he was alone, in the woods, in not-great shape. 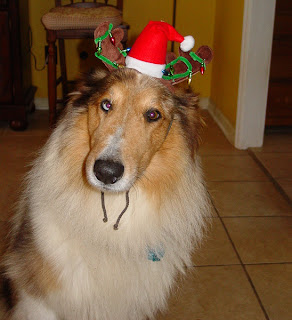 Over the years with us, he would seem to "perk up" if he saw a black family. Could that have been his original pack? The sounds of children playing, laughing and yelling would always get his attention, even as late as his last few days, and he would look in that direction excitedly. Did he miss, and still seek, a family with young children that cast him off? He clearly loved us, protected us, stayed by our side. But was there someone, a family, from his past that he still searched for? We can only guess. And suspect. 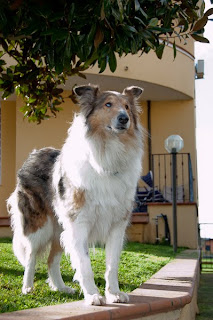 So he came to us six years ago, almost to the day. Six years isn't much for an adult human, but for a dog it is half a lifetime. Especially for a large breed like a Collie. Especially for one who spent a long time in the cold and wet, living on who-knows-what. The days of running and playing for him were now in the past. Walking him was like walking grandpa, a slow shuffle. His nights were spent pacing the floor, constantly checking, drinking and occasionally falling asleep from the fatigue. His travels from the sandhills of North Carolina, to four years with us in Southern Italy, and a few days in Germany, were nearing an end.

So, on a crystal clear, warm, early autumn afternoon in Germany; with not a cloud in the sky, the leaves starting to turn to orange and red, and the faint image of a half-moon visible over the treetops, we helped Clyde across the final barrier for him. His body and mind were failing, but not his heart and love for our family. It was heartbreaking to make the decision, and to let him go. I wanted to hold on to him forever. But he was in pain, and wanted so dearly to be set free. It was really the only thing I could do for him. 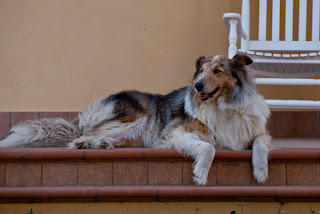 I don’t have to tell you I miss him, you know and understand. I wanted to share my pain and happy memories with my great animal friends. Clyde's in a better place, free again to run and "prance", play, bark at horses and maybe even chase a few cats.

I take solace in the belief that we’ll walk together again when I cross the Rainbow Bridge and see him waiting there, with Tjojs, Ranger and others. 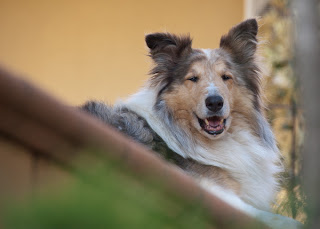 Farewell, our "English Gentleman" Clyde. We miss you terribly.
Posted by Mother in Action at 11:30 AM